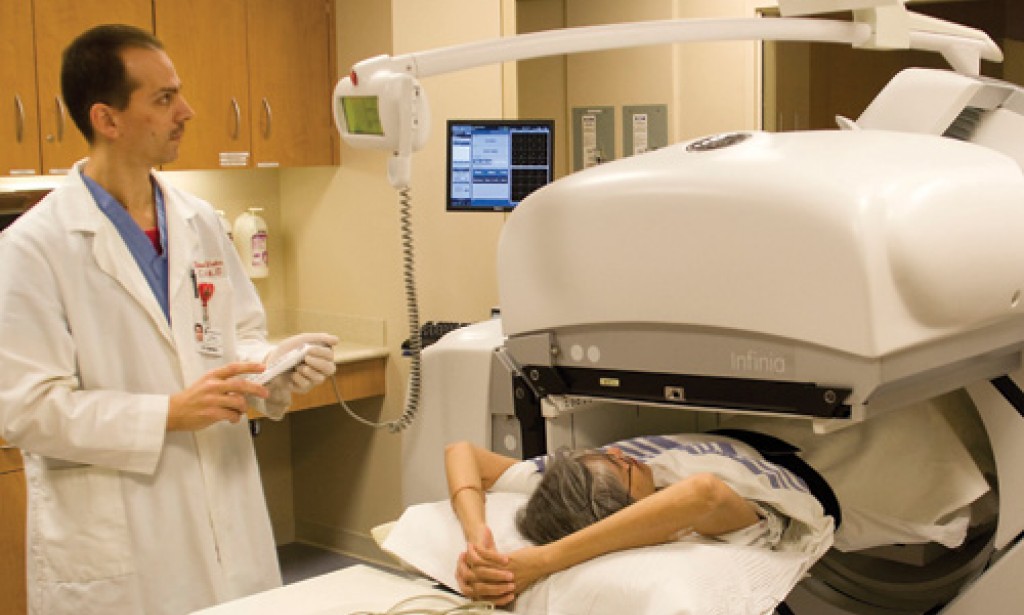 Hida Scan: Results, Side Effects, and Why it is Done

A question that may arise at the onset of this article is what can be diagnosed with a HIDA Scan? A HIDA scan or Hepatobiliary Iminodiacetic Acid Scan is a Medical Imaging procedure in which the Liver, gallbladder, and bile ducts come under the scope.

Process of The HIDA Scan

The process requires a radioactive tracker,  usually Cholescintigraphy or Hepatobiliary Scintigraphy, to be injected into the vein via the arm. This radioactive tracer then travels via the bloodstream to the Liver, mixing with the bile-producing cells. The tracer then travels with the bile secreted into the gallbladder. It does this by making its way into the bile ducts and into the small intestine.

Tracking During The HIDA Scan

Throughout the process, a nuclear medicine scanner, which is a Gamma camera in simpler terms, is used to track the flow of the tracer from the Liver to the gallbladder. Once that is done in the small intestine, it records and creates computer images. The body is positioned on the back during the process. Then the tracer is injected into the arm, which might cause the patient to feel a bit of pressure or cold sensation while the radioactive tracer is inserted. During the procedure, the patient might be given Sincalide, which makes the gallbladder empty, or Morphine, making it easier to visualize the gallbladder easily. The camera is positioned above the abdomen, capturing images while the tracer moves across the body.

During, Before, and After the Scan

The time required for the process is about an hour, during which the patient is supposed to be still. The medical team conducting the procedure includes a Radiologist that monitors the movement of the tracer throughout the body. So, in case the images aren’t clear or satisfactory to derive proper conclusions, additional imaging might be required.

The test does not cause any discomfort , and the patient can go about the day after the scan is done. Additionally, the small amount of radioactive tracer doesn’t create problems as it would lose its reactivity and pass through the urine or stool in a day or two. It is advisable to drink loads of water after the test is conducted to help the passing of the tracer.

A HIDA Scan helps diagnose several diseases and conditions, which include the following:

●       Inflammation of the Gallbladder,

●      Abnormalities in the Bile Duct that may be present since birth,

●      Complications like Bile Leaks or Fistulas, which are post-operative,

●      Assessing whether the Liver is functioning correctly after a Liver Transplant, or

●      To Assess the rate at which bile is released from the Liver.

These are almost all the conditions included in the list of what can be diagnosed with a HIDA scan.

Risks /Side Effects of the Scan

The HIDA scan is a reasonably uncomplicated procedure without much danger but still risks to be wary of. A few of them include having allergic reactions to the radioactive tracer injected into the arm while conducting the scan, bruising or swelling at the injection site, or Minimal Radiation Exposure.

Results of the Scan

When a doctor orders a HIDA scan, it usually carries a diagnosis considering the previous tests and results. Another thing that they consider is the original signs and symptoms in unity with the results of the HIDA scan. These results usually include details about the following:

A HIDA Scan evaluates whether the movement of the radioactive tracer about the Liver, gall-bladder, and small Intestine was normal or not.

This scan identifies and analyzes any blockage, obstruction, or problem in the Liver.

If there is no visual confirmation of the radioactive tracer that sustains within the gallbladder, it would indicate severe inflammation of the same. It is another example of what can be diagnosed with a HIDA Scan.

When the medical team injects the radioactive tracer into the body, they monitor the amount of tracer leaving the gallbladder after administering a specific drug to make it contract and empty. Any abnormality here might indicate Chronic Inflammation, which is another condition in the list of what can be diagnosed with a HIDA Scan.

It was everything about the HIDA Scan and what can be diagnosed with a HIDA scan.