How Lithium-Ion Batteries are Changing the Future of Energy Storage

In today's world, lithium-ion batteries are the most commonly used batteries. They are utilised in various applications, ranging from mobile phones and laptop computers to electric cars and power equipment. Lithium-ion batteries have several advantages over other batteries, including a higher energy density, longer life span, and lower self-discharge rate (meaning they retain their charge better over time). With each passage of the year, the demand for the Li battery skyrockets. To make them affordable and safe, lithium-ion battery manufacturers are doing fabulous work in the field of R&D.

Despite their upper hand, some challenges still need to be addressed to become more widely adopted. One major challenge is costing, as they are currently more expensive than other types of batteries on a per-unit basis. Another challenge is safety; while lithium-ion batteries are generally considered safe, some high-profile incidents involving battery fires (such as the infamous Samsung Galaxy Note 7 recall) have been reported. 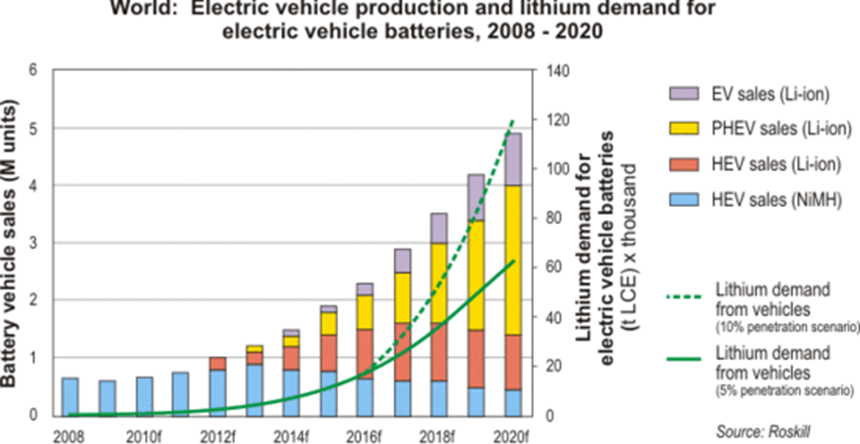 As we inspect their future, it is clear that lithium-ion technology will continue to play a significant role in our lives. Battery use in many applications will likely become even more ubiquitous in the coming years as their cost and safety properties improve technologically. High energy and power density and long cycle life are too remarkable to pass up. The next several years will see an increase in the number of gadgets and electric vehicles powered by this clean and efficient battery technology, including automobiles, rickshaws, and bikes.

As time moves forward, more and more R&D is going on into new generations of Li-ion batteries. These new batteries have even higher energy densities and power densities than traditional lithium-ion batteries. They also have longer cycle life, meaning they can be cycled more times before they need to be replaced.

The Current State of Batteries

As we learn about them, we find that Lithium-ion batteries have a high energy density, meaning they can store vast amounts of energy in a small space. They are also rechargeable, making them a good choice for portable electronics. Other than that, they may be employed in electric cars and other applications like wind turbines.

There are several new generations of lithium-ion batteries in development. These new batteries have even higher energy densities, which will make them an even better choice for portable electronics and electric vehicles. They have a longer lifespan than earlier generations and are more reliable compared to previous generations.

As we Look forward, we analyse that lithium-ion technology will play a leading role in our lives; the next generation of lithium-ion batteries is already under development. Researchers are working on new electrolytes, cathodes, and anodes that could lead to even more energy-dense batteries with longer life spans. We expect a scientist to see even more powerful and efficient Lithium-ion batteries in the years to come.

Some of the most promising new materials being studied include solid-state electrolytes, which are less prone to fires and explosions than traditional liquid electrolytes; graphene-based electrodes, which can improve conductivity and charge/discharge rates; and lithium metal anodes, which can theoretically increase a battery's energy density by 50%.

There are lot of hardwood and research work has to be done before these new battery technologies can be commercialised; with continued R&D efforts by lithium-ion battery manufacturers in India, China, the USA, Germany and around the globe, we can expect to see even more powerful and efficient Lithium-ion batteries in the years to come,

Electric cars are one area where lithium-ion batteries are projected to experience substantial growth. Concerns about climate change and rising petrol prices have contributed to the popularity of electric automobiles in recent years.

Lithium-ion batteries provide several benefits over other batteries for electric cars, such as a more extended range and faster charging periods. With the advancement of battery technology, we can only anticipate the popularity of electric vehicles to expand in the future years.

Energy storage applications are another area where these are projected to become more popular. As renewable energy sources such as solar and wind become more widely used, rising demand for adequate storage of extra energy is created while demand is low.

They are ideal because of their long lifespan and high energy density. Many homes and companies will also likely use lithium-ion batteries to store extra energy provided by renewable sources. They will have the ability to store more energy and discharge it slowly, making them perfect for electric vehicles and other high-demand applications.

Li-ion battery technology is becoming increasingly important with the ever-growing demand for portable electronics and electric vehicles. The majority of scientific experts favour lithium-ion batteries being used on a significant scale in future renewable energy storage.

What Are Their Benefits?

Compared with other kinds of batteries, the benefits of lithium-ion batteries have more meaningful use. They're smaller and lighter, making them suitable for mobile devices and having high energy density. They are incredibly durable and can resist charging and discharging cycles several times.

When Can We Expect It?

Some new developments that are in the works include:

These developments promise to make lithium-ion batteries even more efficient and longer-lasting than they already are. We can expect to see these new generation batteries hit the market in the next few years.

How Does a Lithium-ion Battery Work?

The "lithium-ion" in the name refers to the chemical compounds within the battery cells. Lithium ions are electrically charged atoms that transfer energy between the battery's cathode and anode when a device is in use.

Lithium-ion batteries have several critical components, including an electrolyte, an anode, a cathode, a separator and electrodes:

How Can Chemical Reactions Within the Battery Be Reduced?

What are the challenges for lithium-ion batteries?

The most challenging part we are facing in them is their cost. They are relatively more expensive than lead-acid batteries to produce. This can act as a blockage to entry for some applications. Additionally, lithium-ion batteries have a higher self-discharge rate than other batteries, meaning they lose power even when not in use. This can be an issue for devices that need to maintain a charge for long periods, such as electric vehicles. Finally, lithium-ion batteries are susceptible to thermal runaway, which can cause fires or explosions if the battery overheats.

1. Future of the Batteries around the globe?

2. What are the benefits of using a lithium-ion battery?

Lithium-ion batteries are smaller and lighter, making them ideal for portable devices such as laptops or cell phones. They also have a relatively high energy density and are perfect for electric vehicles that need extended range capabilities without being too heavy. Additionally, Lithium-ion batteries are very durable, meaning they can withstand many charge and discharge cycles without losing efficiency.

3. How do lithium-ion batteries work?

Lithium-ion batteries have many applications due to their many advantages over other batteries. Batteries made from lithium-ion are often used in cell phones and other portable digital devices such as laptops and electric cars. Additionally, because they are so durable and have a long lifespan, Lithium-ion batteries are also used in many industrial applications such as solar energy storage systems or backup power supplies

5. Why Do Accidents Occur in Qualified Electric Vehicles?

There are several reasons why electric car collisions continue to occur. Batteries are the primary source of electricity for electric vehicles. During accidents, there are several possibilities that batteries might be damaged and can explode. They are very flammable. The charging procedure might pose an additional threat to these batteries if they aren't carried out appropriately. Electric automobiles tend to be heavier and more difficult to control in an accident.

Lithium-ion batteries might catch some fire, and it is crucial to act quickly and safely to avoid injury and damage. In the initial step, remove the heat source as soon as possible- this may mean moving the burning device away from flammable materials or dousing it with water. Once the heat source has been removed, it is essential to fan the area and extinguish any remaining flames. Finally, it is necessary to ventilate the area to clear out any smoke or toxic fumes.

Batteries are highly harmful for a lot of reasons. Improper charging is a frequent cause of battery damage and degradation. Battery failure may also be caused by abuse or exposure to very cold or hot conditions. In the end, batteries will need to be changed if they have reached the end of their natural lifetime.

8. What Can Operations Cause These Abuse Situations?

Improper charging of the battery is the most common cause of abuse, and it can damage the cells of the Lithium-ion battery and causes in shorten the lifespan. Batteries can also be damaged by overuse or exposure to extreme temperatures. Batteries may also need to be changed as they approach the limit of their natural lifetime.

In today's market, lithium-ion batteries have become popular. We may anticipate seeing even more widespread use of batteries in many applications due to their technological advancement in cost and safety. Electrolytes and cathodes are being developed that might lead to ever more powerful batteries with longer life lifetimes.

These batteries are ideal as they have a long life span and high energy density. It is anticipated that advances in lithium-ion battery technology will increase even greater efficiency and improve battery life. The electrically charged atoms transport energy between the cathode and anode of lithium-ion batteries. Electrified automobiles and other equipment that need long-range capabilities but aren't too big benefit from these batteries.

Since lithium-ion batteries offer so many benefits over different batteries, they're used in various devices. Drivers of electric vehicles must complete specialised training and pass examinations to be certified. Despite this, electric car accidents continue to occur regularly. Battery burning and overheating are the most typical dangers of electric cars in collisions.

Several different factors may cause the failure of lithium-ion batteries. The batteries' overcharging and undercharging are the most prevalent causes of battery damage and degradation. Excessive usage or exposure to severe temperatures may also cause battery degradation. Batteries, too, have a limited lifetime and must be changed when they do.