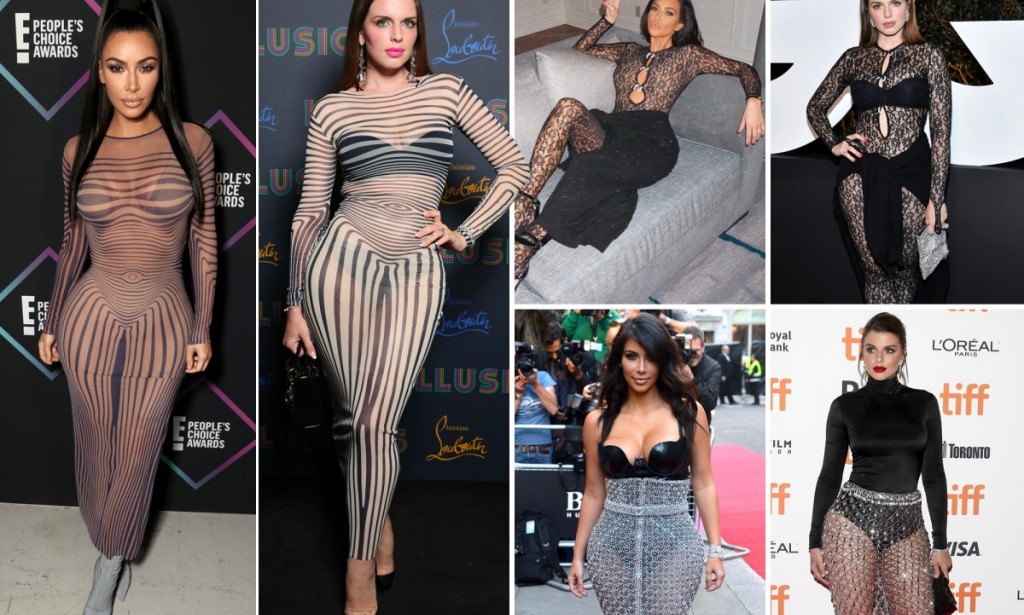 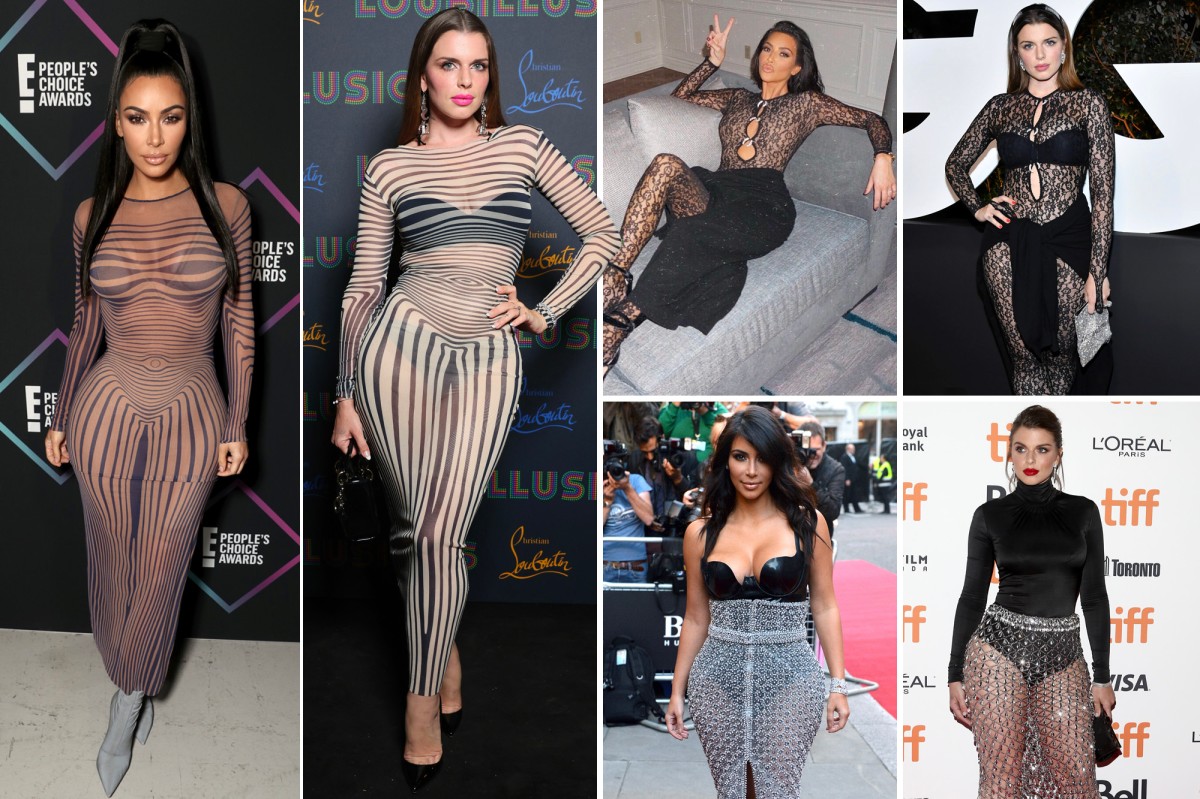 Julia Fox is known for her red hot beauty and stunning appeal across the world. Julia is known as the modern bombshell. She gives immense joy to all with her performances and glamor. Julia Fox, an American actress is born in Milan, Italy. She shot to fame with her debut film Uncut Gems in 2019. Her performance got her nomination for the breakthrough actor award for Gotham Awards for the year 2019.  According to the latest, Julia Fox is making waves across the world and thus making others turn red with jealousy.

Julia Fox made her red carpet debut at Paris Fashion Week and her amazing appearance left all stunned. Julia Fox along with Kayne West appeared on the red carpet and made their relationship official. Both of them appeared in denim outfits capturing the imagination of all and they attracted the attention of all by moving closely with each other. Julia Fox and Kayne attend the Paris Fashion Week the Kenzo show for Fall/Winter 2022/2023. The outfits they sported happen to be Nigo's debut collection. Nigo is the new creative director of Kenzo. Julia confirmed their relationship earlier interacting with the scribes.

Both met in Miami on New Year Eve and Julia recollected how they got connected instantly. Sharing her experience she said  "Everything turned extremely organic. I wasn't aware how things moved but if this is any indication of the future I'm loving the ride." Recently Kayne's ex-wife Kim Kardashian celebrated their daughter's birthday party in Chicago, but Kayne went on record that he wasn't invited to the party.

Kayne even surprised all by naming his ex-wife Kim Kardashian's new boyfriend Pete Davidson and adding the lyric '" beat his a**."  Julia meanwhile rubbished all the allegations that she is dating Kayne for money. Julia rubbishing all the allegations on her Podcast channel 'Forbidden Fruits' said “People are like ‘Oh, you’re only in it for the fame, you’re in it for the clout, you’re in it for the money.’ Honey, I’ve dated billionaires my entire adult life, let’s keep it real,”  “It’s funny cause I’m getting all of this attention, but I really couldn’t care,” Julia Fox who is excited on her relationship with Kayne West even gave a cute and lovely name to the couple saying ' Julye'. Fans are getting super thrilled on listening to Julia Fox's vibes over Kayne West.

Julia Fox is alleged to be copying the style of Kim Kardashian but she is undeterred. After making ferocious fashion statements, Julia said I’ve been pushed out of my comfort zone in terms of how I dress.“I’m so happy someone finally succeeded because I’ve had so many stylists try to guide me, but I’m so stubborn.”  Julia gives all credit to her team Peri Rosenzweig and Briana Andalore her stylists and Daniel Kolarick, her makeup artist.

Elaborating further, Julia says  “Every single part of my outfit was intentional and had a purpose. They curated my outfit to fit not just my body, but also my personality and my essence.”. Going into the details, Julia added “Where do I even begin!? I loved the pieces that looked like Saturn. I loved the black dress that went into the hat. Some of the pieces reminded me of The Jetsons meets Breakfast at Tiffany’s, [and] I love the gold embellishments on the gloves.”  Sharing her excitement, she said “2022 has been truly a dream. Sometimes I’m like, how is this even my life? Like what glitch in The Matrix caused this? Either way, I’m living, I’m happy, and I’m excited about the future!”

In one of the photos, Kayne was seen giving touchup to the actress and Julia posted teasing fans "Wanna know who my fave makeup artist is?" After making an impression with her debut film Uncut Gems, Julia appeared in films like Puppet, PVT Chat, Acting For a Cause, and No Sudden Move. Her latest film No Sudden Move was premiered on June 18, 2021 at the Tribeca Film Festival.

Julia after dating Kayne West blushed sharing her feelings “It felt like a real Cinderella moment. I don’t know how he did it, or how he got all of it there in time … Like, who does things like this on a second date? Or any date!” Sharing her latest photos with Kayne West, Julia started making Kim Kardashian jealous. Julia is blessed with a son from Peter Artemiev after their marriage in 2018. Peter Artemiev is a private pilot and they parted ways in 2020. Kim Kardashian stunned all by kissing Peter Davidson in front of Kayne west.

Kayne West who is furious said “How are you going to bring me to SNL and then kiss the dude you’re dating right in front of me and everybody’s like, ‘Oh, that’s cool,’” though many claims that Kayne left the venue when both Kim Kardashian and Peter Davidson entered into a passionate liplock for a Saturday Night Live skits back in October. Kayne however blamed Kim for playing games with him. Kayne made it clear that he and Kim will not go over the air sharing the details of their split. He said, “We’re not going for a ‘Will and Jada’ because everybody got problems on both sides". Kayne was referring to Will and Jada Pinkett Smith who made their relationship issues public participating in the talk show “Red Table Talk.”

In the meantime, Julia Fox and Kim Kardashian are making fashion statements walking on the ramp and various fashion shows, competing against each other ferociously scorching red hot and setting temperatures on fire. Julia in fact went on record that she is a die-hard fan of Kim Kardashian. She added ' “It’s like you are happy for them when something good happens to them.”

Speaking about Kayne, Julia said “He had me and my friends laughing, dancing and smiling all night. We decided to keep the energy going and fly back to New York City to see Slave Play. Ye’s flight landed at six and the play was at seven and he was there ON TIME. I was impressed.” It has to be seen wheter the glamor fight and beauty blast of Kim Kardashian and Julia Fox will head to in the coming days.