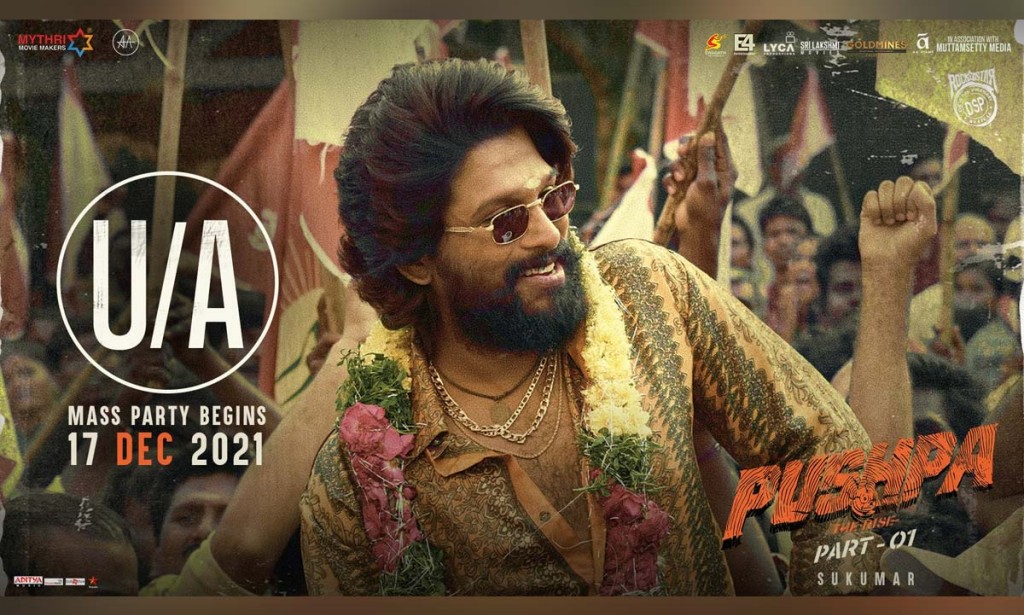 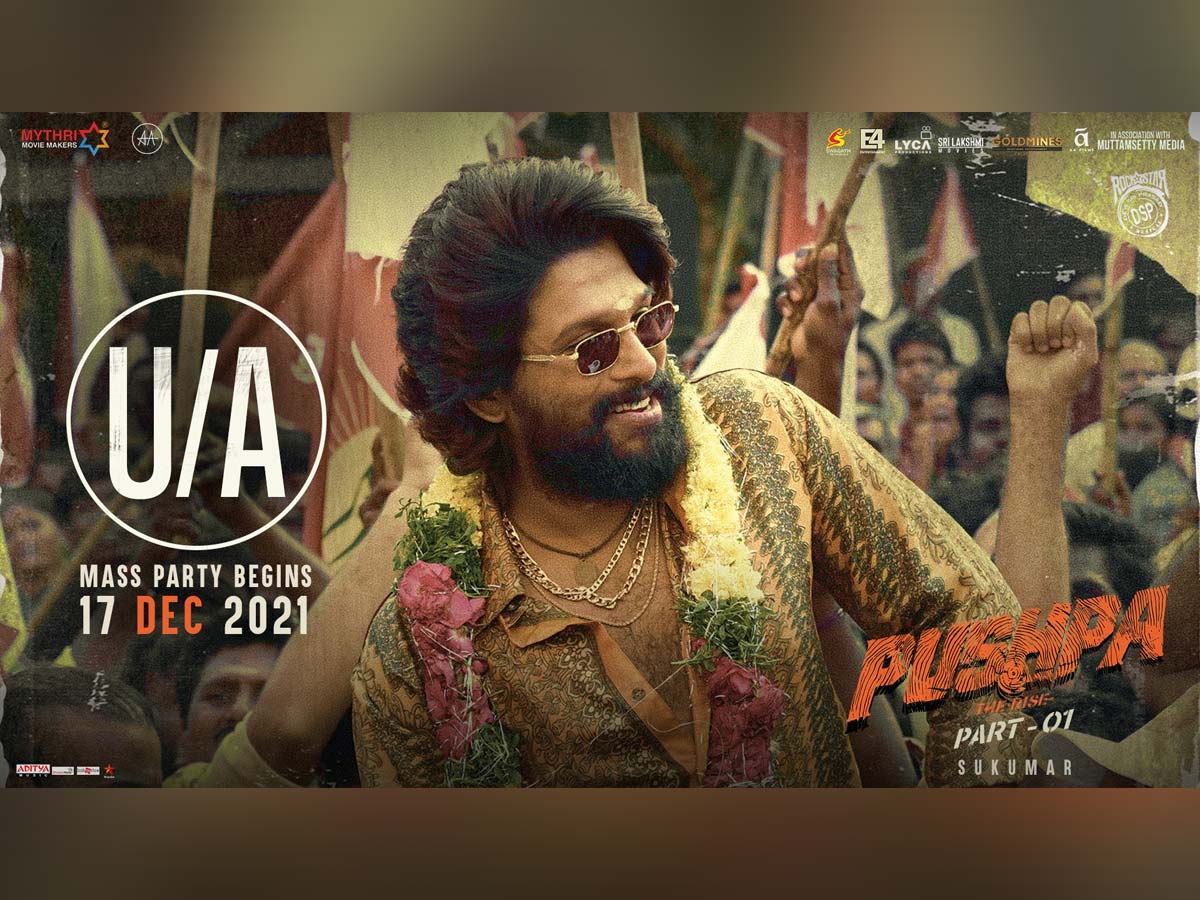 Allu Arjun is hailed as Stylish Star down south. His film Pushpa has been attracting the attention of all ever since its launch. Allu Arjun teamed with Sukumar for Pushpa and excitement increased after the makers released the first look. Allu Arjun's remarkable transformation sporting a rugged and rustic look growing a long hair and beard captured the imagination of all. As Allu Arjun teamed with Sukumar after Mahesh Babu delayed his project with Sukumar, many feel that Sukumar first narrated the story to Mahesh Babu and Mahesh did not like the story and did not agree with Sukumar's insistence to undergo transformation regarding his look and physique.

When Allu Arjun and Sukumar turned the project into a pan India one and also decided to release the film in Hindi also and that too in two parts, people's expectations increased. To the top of it, Allu Arjun and Sukumar are coming after scoring blockbusters like Ala Vaikunthapuramlo and Rangasthalam respectively. Samantha's special song after her divorce from Naga Chaitanya generated immense hype on the film. The promotions, teasers, and trailers increased the momentum and the film's first part Pushpa The Rise hit the screens on December 17 in a grand manner.

Allu Arjun played the role of a lorry driver Pushpa Raj involved in red sandalwood smuggling in the film while Rashmika Mandanna is playing the role of Srivalli, a village belle, who happens to be his lady love. The film has a Seshachalam forest backdrop. The film features Fahadh Faasil as Bhanwar Singh Shekhawat, Anasuya as Dakshayani, Sunil as Mangalam Seenu, Rao Ramesh as Bhoomireddy Siddappa Naidu, and Jagapath Babu in important roles. The film is set in the Seshachalam forest backdrop and it starts with the voice-over of Keshava (Jagadeesh Bhandari) narrating the importance of the Sheshachalam forest and why the sandalwood available there is popular across the world and why such high demand is there.

Then viewers are introduced to  Pushpa Raj (Allu Arjun) working as a daily wager for brothers Koda Reddy (Ajay Ghosh) and Jolly Reddy (Dhananjay). Even as he tries to rise big the ladder in the smuggling world, he gets smitten by a beautiful village belle Srivalli (Rashmika Mandanna). Pushpa Raj tries his best to win the heart of Srivalli with the help of his friend Keshava. In the midst of all this, honest police office Govindappa (Harish Uttaman) is on the hot pursuit to arrest Pushpa. This results in roadblocks to the smuggling of the red sandalwood smuggling and as his bosses face trouble, Pushpa Raj volunteers to transport the sandalwood load to Chennai safely. As the narration progresses, the power struggle intensifies and Pushpa Raj who becomes the partner of Konda Reddy (Ajay Ghosh) by then decides to extract more from Mangalam Sreenu (Sunil) and his wife Dakshayani (Anasuya) who controls the syndicate mafia. The fast-paced developments result in an increase in life threat to Pushpa Raj from all quarters. Pushpa Raj thinks he is in control of the syndicate mafia when he convinces MP Bhumireddy Siddapa Naidu (Rao Ramesh) after he explains to him the profits he would make. But the entry of SP Bhanwar Singh Shekhawat (Fahad Faasil) results in another twist. Where this will lead to ends with a question mark in the climax paving way for the Pushpa second part Pushpa The Rule.

The story may be interesting and Sukumar true to his style generated interest with the introduction scene and the forest backdrop and rustic village atmosphere. However, the slow pace in the narration and the lack of real twists and turns undid all the hard work. The entire first half is spent on introducing various characters and their working nature. Only during the pre-climax interest is generated with Pushpa Raj trying to take over the syndicate into his hands. Samantha's special song Oo Antava Oo Antava delights masses. Samantha's sensuous dance movements along with Allu Arjun and also her red hot glamor treat thrilled viewers. Daakko Daakko Meka and Srivalli song is also well shot. The second half after the interesting start goes into a routine mode with Pushpa Raj's rise to power in the syndicate is shown in a normal manner. Except for Allu Arjun's bike stunts and the blindfold fight in the second half, nothing excites fans. The introduction of Fahadh Faasil raises expectations. However, after the powerful scene between Allu Arjun and Fahadh Faasil, everything turn routine once again and the climax became a big letdown with no sparks flying.

Sukumar's story except for the forest backdrop offered nothing new and had the shades of his earlier film Rangasthalam. One even feels it has similarities to sandalwood sensation KGF. The scenes lacked emotional connect and Sukumar concentrated only on elevating the heroism of Allu Arjun and turned baddies into just a bunch of jokers. Coming to the performances, Allu Arjun amazes all with his performance. His physique and remarkable transformation into the rugged avatar leave all stunned. His dialogue delivery and the Rayalaseema accent delights all. He stuns all with his mannerisms and attracts with his different and unique dance movements and powerful stunts. Allu Arjun carried the film on his shoulders.

Rashmika Mandanna tried her best to attract viewers. She is ok in her role as she got a limited screen presence. Ajay Ghosh played his role to perfection. Sunil and Anasuya looked odd in their makeups and their roles are also are not that powerful. Jagadeesh Bhandari who played the role of Allu Arjun's friend Keshava performed very well. Harish Uttaman is ok while Rao Ramesh made his presence felt. Fahadh Faasil got a limited screen presence and it is just a prelude to the second part Pushpa The Rule.

Devi Sri Prasad's songs turned out to be chartbusters. The songs are well shot but fail to register in the minds of the viewers. Much to the shock of all, Devi Sri Prasad's background music turned out to be a big letdown. It failed to elevate the scenes to another level. Cinematography of Mirosław Kuba Brożek is topclass. Editing left a lot to be desired. Even the VFX and CGI looked below par. For all the hype Pushpa The Rise failed to rise to the occasion. However, the film is roaring at the box office much to the delight of all mass movie lovers and Allu Arjun's fans.