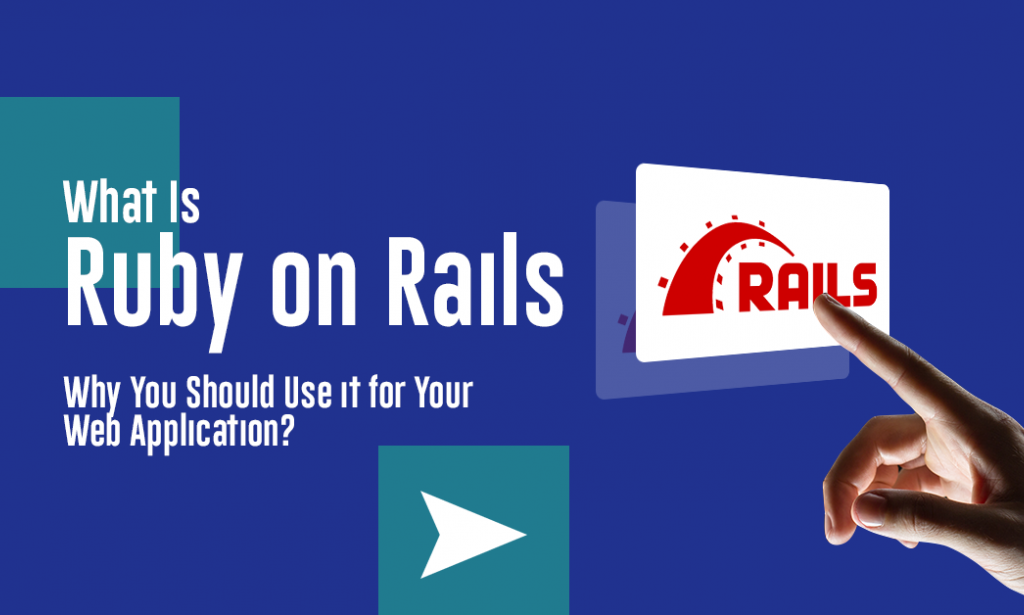 Ruby on Rails - Why is it the Best Choice for Your Web App?

Today, the internet is totally changing the way we connect, communicate, and share information with each other. Moreover, it has revolutionized the way companies do business. It gives the business access to the global marketplace. Plus, the internet aid in improved Customer Service, business automation, enhanced workplace, and business productivity.

However, to get all the benefits, a business needs to have a compelling Web App.

What is Web App

Web App is a client-server application program. It is usually built using JavaScript, CSS, and HTML5 that perform particular functions through a browser interface. Moreover, it is stored on a remote server that is accessed over a network with the help of HTTP rather than utilizing a device’s memory.

A business having robust web Apps can get many benefits that assist in the smooth running of the business, some of them include,

Now comes the main question, how to build such a web App?

The answer is Ruby on Rails.

What is Ruby on Rails

Ruby on Rails is a popular and widely-used web App development framework. It is open-source software that uses 'Ruby' as the general-purpose programming language. David Heinemeier Hansson created Ruby on Rails in 2004 with a great many attractive features. Besides, its productivity is approximately 2 to 2.5 greater than a comparable Java programmer.

The one notable trait of Ruby on Rails is its efficient 'RubyGems'.It helps in creating and sharing software libraries that extend Ruby. Moreover, it has a simple system to install those gems.

Why use Ruby on Rails

Ruby on Rails is designed on the simple yet effective MVC architecture. Modal View Controller is a software design pattern that improves the maintainability of the App. Additionally, it enhances decoupling and testing and is made up of three parts,

Ruby on Rails has a configuration system that functions like what to do and how to do it, eliminating the details about configuration files. This helps the developers to save a lot of time by achieving the desired result with fewer codes.

Moreover, it supports reducing the repetition of information within a system. This in turn helps in avoiding errors in the software development cycle. Also, it facilitates making modifications which comes in handy while building complex applications.

Due to the object orientation, lean codebase, and modular design, the Ruby on Rails App can be developed faster. Compared to other frameworks, it minimizes the development time by 25-50%. Besides, it has the capacity to build an MVP within a few hours. Further, it enjoys a wide range of ready-to-use plugin solutions and works well with various free web servers.

Additionally, a variety of libraries helps the application to develop and deploy quickly. Plus, it gives access to different ready-made modules in third-party libraries that assist in the quick integration of components. Since it makes the whole development and code updates faster, business owners can save a lot of money.

Every developer or business owner always looks for new ways to reduce the cost, time, and effort involved in developing a stunning web App. Ruby on Rails is such software that can automate tiresome tasks and makes the development smoother and easier.