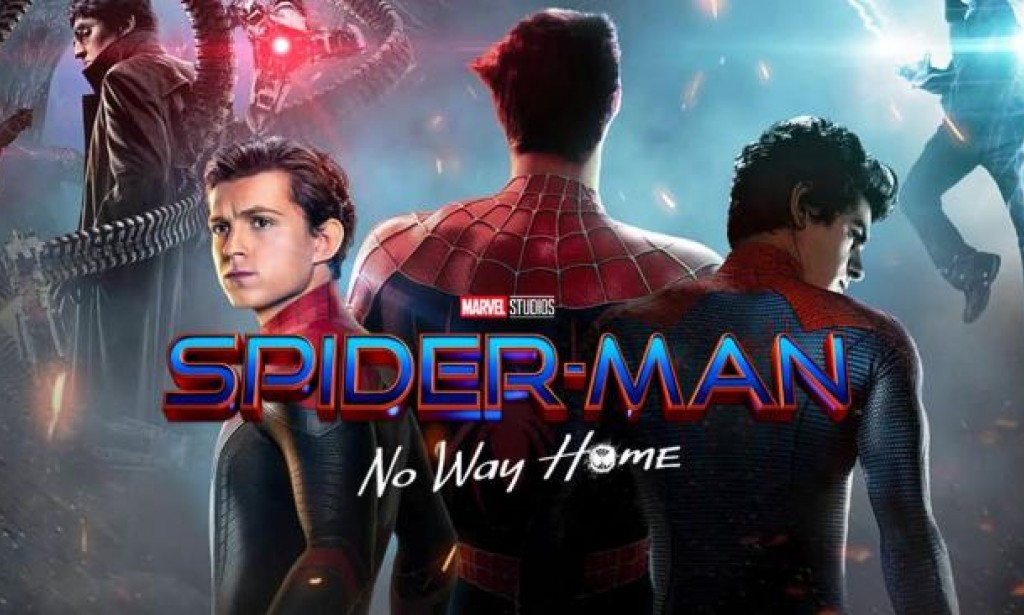 Spider-Man No Way Home review: takes the world by storm 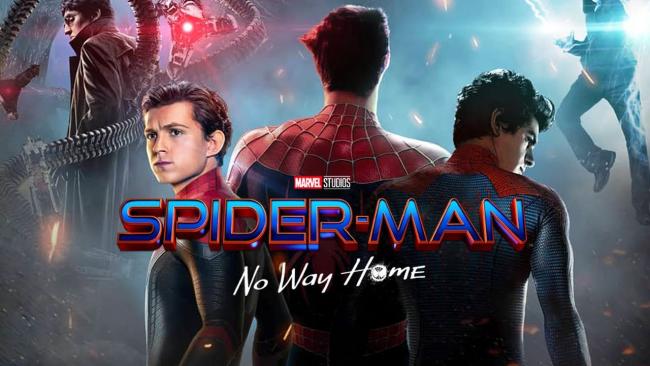 Spider-Man, a Marvel Comics character often mesmerizes people across the world. Many people grow up hearing stories of Spider-Man the American Superhero and the films made on him in Hollywood turned out to be a runaway blockbuster. The latest one, Spider-Man No Way Home released across the world in a spectacular manner. Spider-Man-No Way Home is the sequel for earlier films  Spider-Man: Homecoming (2017) and Spider-Man: Far From Home (2019). It is the 27th film coming from Marvel Cinematic Universe.

The film opened up to record bookings and the craze for the latest one is unprecedented. People thronging theatres across the world are bringing back memories of pre covid days across the world. Spider-Man No Way is making people forget the scares of the deadly covid pandemic. Spider-Man No Way is opening to rave reviews and let us see what is offered to movie lovers. The film is releasing in 3D to take viewers into the world of spiderman.

Much to the delight of movie lovers Andrew Garfield and Tobey Maguire thrilled as Spider-Man from an alternate world. While Andrew Garfield reprised his role from  Webb's The Amazing Spider-Man films, Toby Maguire reprised his role from  Raimi's Spider-Man trilogy. Spider-Man No Way Home starts with  Peter Parker / Spider-Man (Tom Holland) getting brandished as a murderer while few still support him. In his quest to prove his innocence he comes into contact with Dr. Strange (Benedict Cumberbatch). This leads to various sensational developments and they are completely taken aback with the entry of Doctor Octopus (Alfred Molina), Electro (Max Dillon), Green Goblin (Willem Dafoe). Where this leads to form the journey of Spider-Man No Way Home.

Tom Holland came with a top-class performance as the Spiderman. He attracted by his emotions and expressions and he made an impact with his screen presence. Zendaya performed well as his girlfriend and she carried good emotions on screen. Others like  Benedict Cumberbatch, Jacob Batalon, Jon Favreau, Jamie Foxx, Willem Dafoe, Alfred Molina, Benedict Wong, Tony Revolori, Marisa Tomei, Andrew Garfield, and Tobey Maguire elevated their roles with their performances.

Director Jon Watts right from the start connected chords with the viewers with intense action, emotional and thrilling elements. He blended them in a perfect manner to attract all sections of movie lovers across the world. The twists and turns in the story are quite good and he unraveled in an interesting and thrilling manner. He got the optimum out of all the actors and the hard work is visible in each and every frame. Jon Watts came with an interesting story and he narrated it in a gripping manner. The screenplay is interesting and scintillating and the direction is on the spot. However, for all the positives, the film also has a few negatives. Director with his multiverse at times confused viewers as they are left wondering as to which world they are in. Some of the scenes looked silly on screen. There are many supervillains who excite viewers but however, none of them wreak havoc or scare them with their acts. The intensity in Spider-Man No Way Home is missing compared to the earlier versions.

Mauro Fiore's cinematography is captivating.  VFX and CGI in the film take viewers into another world. The 3D effects are breathtaking and outstanding. Michael Giacchino with his background music elevated the scenes and the effect in the theatres are thrilling. Jeffrey Ford, Leigh Folsom Boyd's editing is quite crispy except for a few scenes that slowed the pace of the film. Stunt choreography gave a new feeling to movie lovers. People are thrilled with the breathtaking stunts of all the characters. The action scenes are canned in a superb manner. Production values are of a high standard.

Already Spider-Man No Way Home HD version got leaked online and this is affecting the film's performance. However many are showing interest to watch the film in theatres and on big screen as they do not want to miss the experience and extravaganza of Spider-Man in 3D. The film is heading for a record Rs 30crs openings in India alone. Across the world Spider-Man, No Way Home got record openings and it witnessed the best pre-sales in countries like Mexico, the UK, Spain, Brazil, and Central America, etc. Ever since the project announcement, the film got record views and excitement increased the moment the makers released the film's teasers and trailers. The same is now turning out in record collections.

The entire world is witnessing the Spider-Man No Way Home storm and one expects it to continue in the coming days. The film is getting sensational reviews from all quarters from across the world and Spiderman is flying high in the sky. Analysts predict that there may be repeat viewers for the film in the coming days and their desire to enjoy spiderman thrills will increase more after watching and experiencing it for the first time. Credit for such a wonderful film goes to Jon Watts, the director, and for the wonderful performances of Tom Holland and Zendaya and the other cast and crew.  Marvel Cinematic Universe should be congratulated for taking movie lovers to another world and treating them with world-class experience on screen.

Fans of Spider-Man are enjoying every moment of it and are savoring every second of it and they are singing ' Spiderman Spiderman your friendly neighborhood spiderman. So don't waste time but enjoy the sensation of Spiderman soon. However there is huge competition for tickets and it may take some time for people to get tickets to watch Spiderman on big screen.