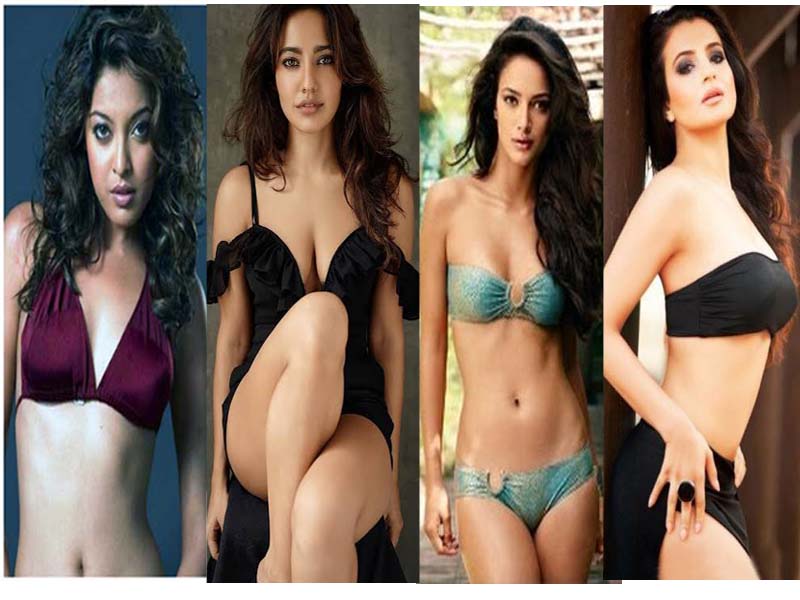 Mumbai is a city that never sleeps. Here everyone runs after his dreams. Because here, someone's dreams come true. Or someone sees new Dreams. That's why it is called the city of dreams. And this is the reason everyone wants to arrive at this dream city. Everyone wants to try their luck by coming to this city.

In this Mumbai city, there is Bollywood (Hindi film industry). Every year millions of people come to Bollywood to try their luck. Some of them become successful. And those who succeed rule over millions of hearts. Some of them are famous actors, Amitabh Bachchan, Salman Khan, Shahrukh Khan.

The way Bollywood wears the crown of success to someone. In the same way, it also snatches the crown. If someone's dream comes true, then someone gets lost in the darkness of oblivion.

So friends, today we will know about some such Bollywood actresses.  She became famous overnight and failed in the same way. 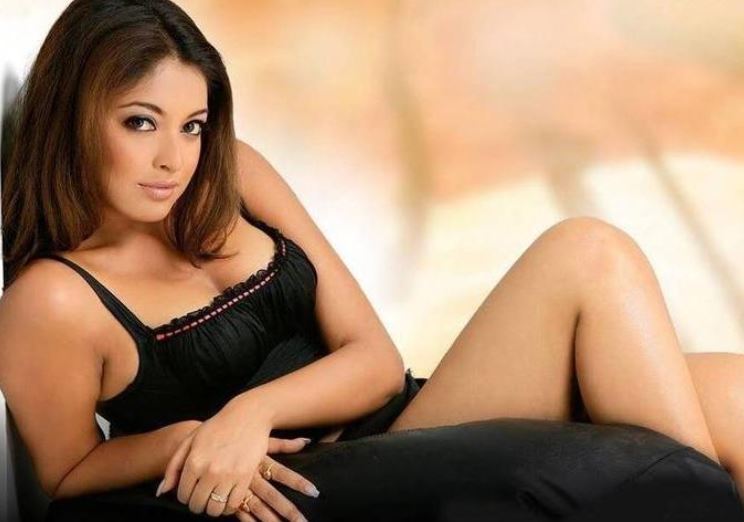 Tanushree Dutta is pretty. Tanushree was in the news a lot in 2005 due to her beauty and performance. Talking about her beauty, Tanushree won the title of Femina Miss India-2004 And made her place in the top 10 of Miss Universe 2004. Tanushree's name was short-lived in Bollywood. Tanushree's career in Bollywood lasted only five years. She was in Bollywood only from 2005 to 2010. Tanushree came to the ground as fast as she reached the sky.

When Tanushree Dutta's first film Aashiq Banaya Aapne released in 2005, that movie ruled the theater. And she became a big name. After that, she worked in continuous hit movies.

Overall, she worked in 15 movies. At the end of her career, Tanushree Dutta started getting supporting roles in films. 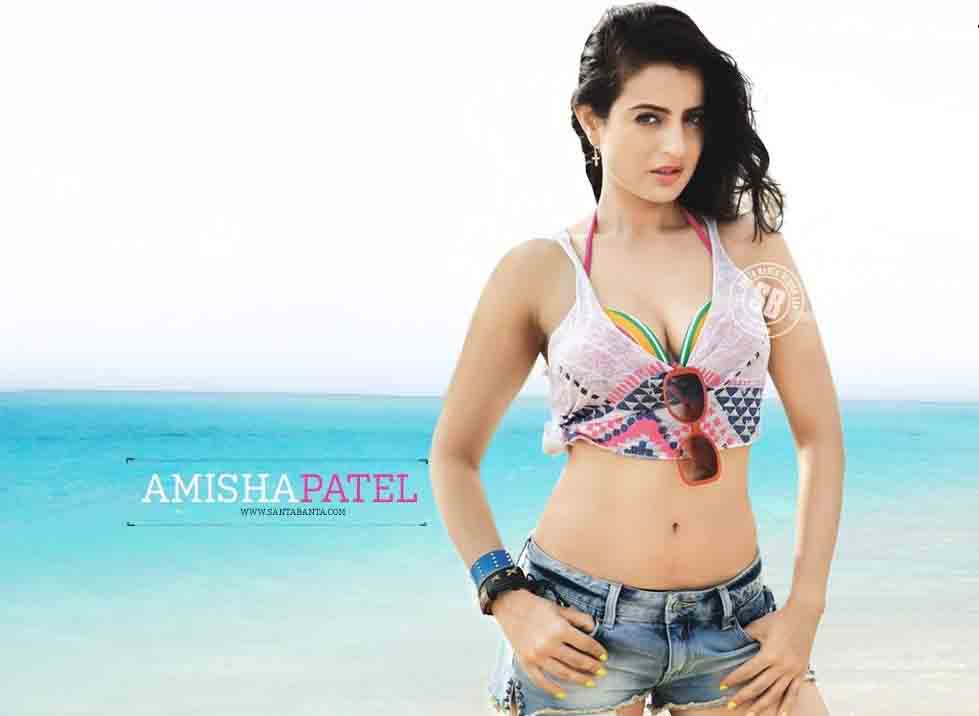 Ameesha Patel is a good actress. Also, she is a beautiful model. Ameesha Patel's debut film "Kaho Na Pyaar Hai" is a superhit film. And at that time, people had become crazy about the beauty of Amisha Patel. For this reason, Ameesha got a line of films behind her as soon as she came to Bollywood. And with this, her third film Gadar Ek Prem Katha was released in 2001. That movie broke all the records of that time. And this became Ameesha's second super hit movie. But after 2006, Ameesha Patel started getting supporting roles in films. 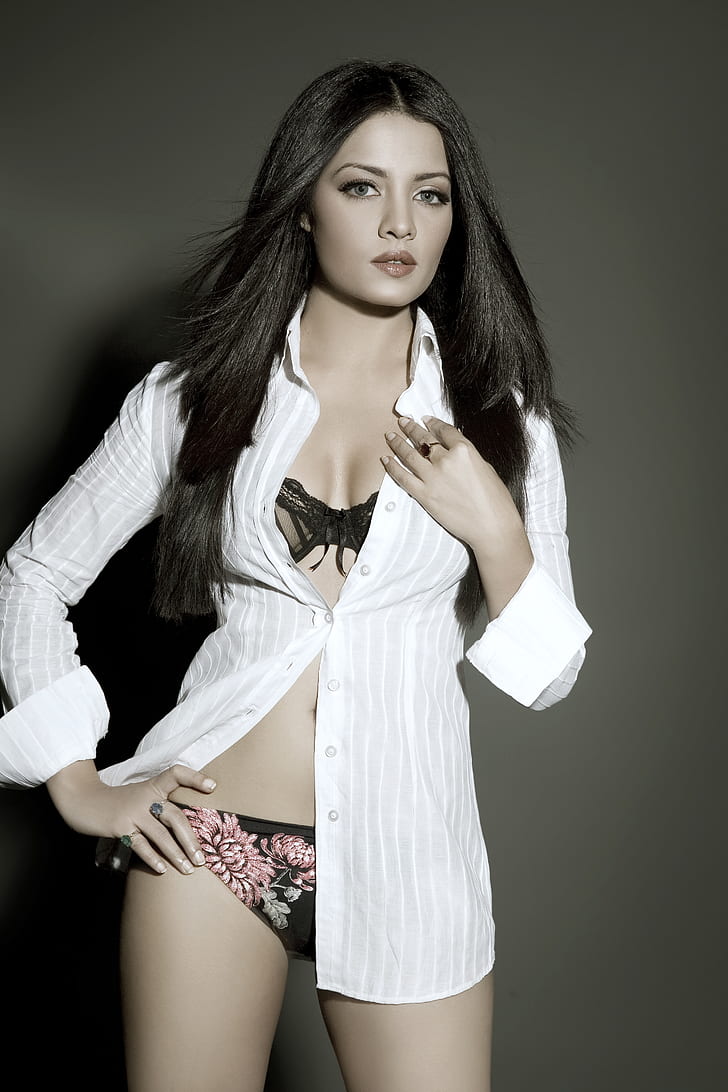 Celina Jaitley is a pretty actress. There are many crazy about her beauty even today Celina, is the winner of Femina Miss India - 2001. And in the 2001 Miss Universe competition, she was at number 4.

Celina Jaitley's first movie was Jansheen, and it came in 2003. People did not like that movie that much. But people liked Celina Jaitley very much. After that, Celina worked in some hit movies, But she could not show much amazing.

In total, Celina acted in 19 movies.

Some of the Hit Movies - 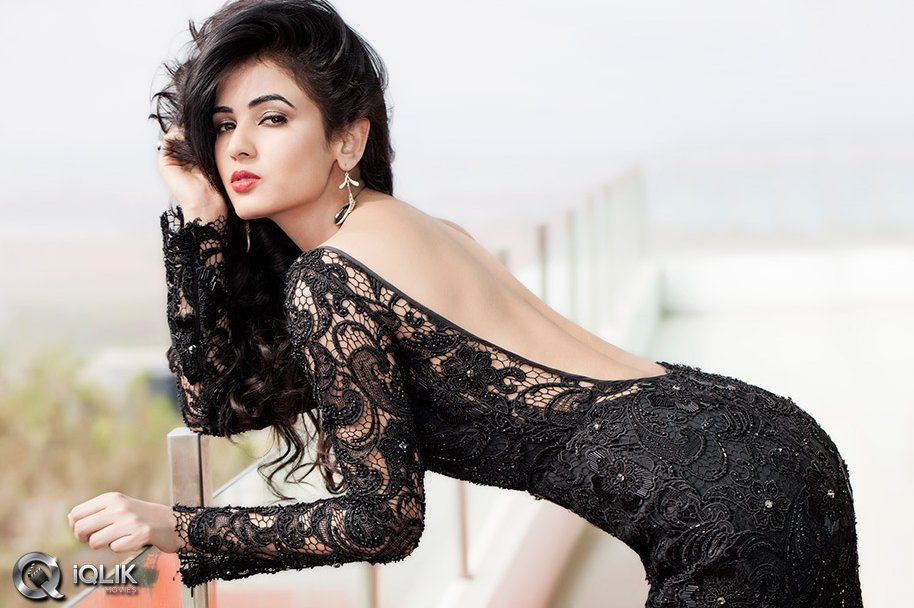 Sonal Chauhan is a beautiful model, a good actress, and a singer. Sonal is beautiful. Sonal won the title of Miss world tourism in 2005. Which till date, no Indian could win. And Sonal became the first Indian to win it.

Sonal made her Bollywood debut in 2008. Her debut film is Jannat, And that film became a hit. She could not show her excellence in Hindi films. So she went to try her luck in Telugu films, but she was unsuccessful.

In total, Sonal acted in 16 films.

Some of those hit movies - 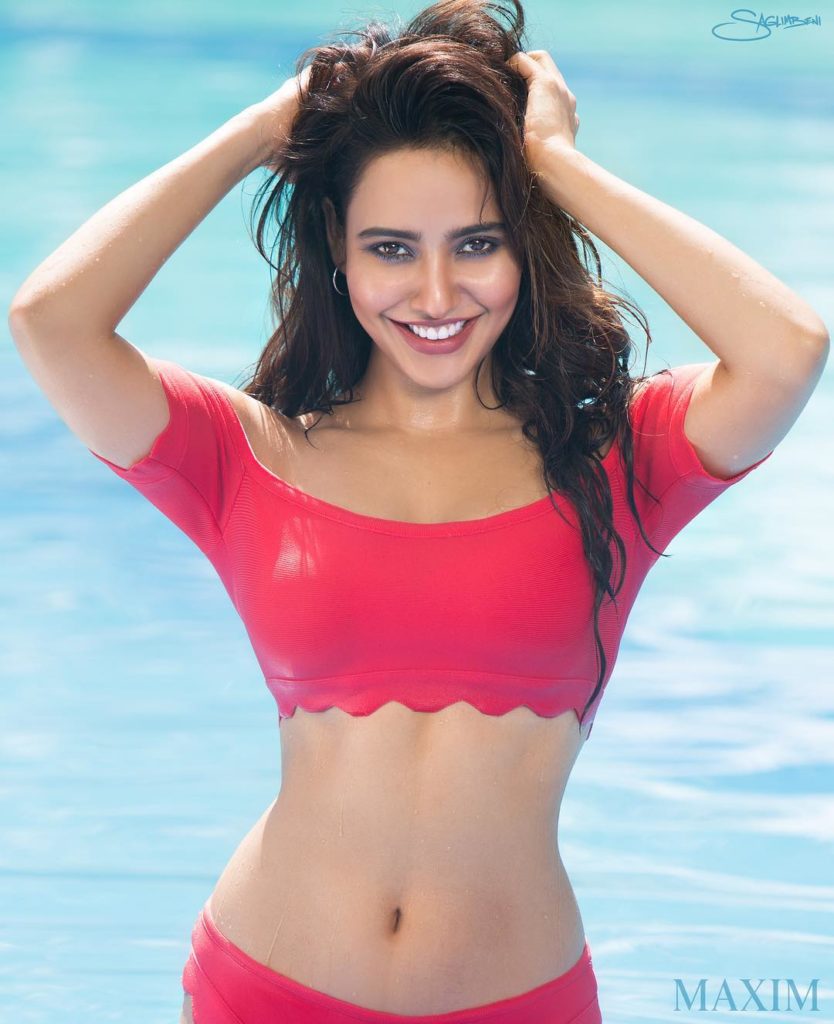 Neha Sharma is as beautiful as she looks, acting equally well. Neha Sharma's career was full of ups and downs. Even after being a beautiful actress, she could not make a mark for herself in Bollywood.

Neha started her career with a Telugu movie. And that movie was chirutha, which came in 2007, and her entry in Hindi films was from the movie Crook.

Neha has worked in 13 movies and two web series to date. Out of which his most running movie is Kya Super Kool Hai Hum.

Some of those hit movies - 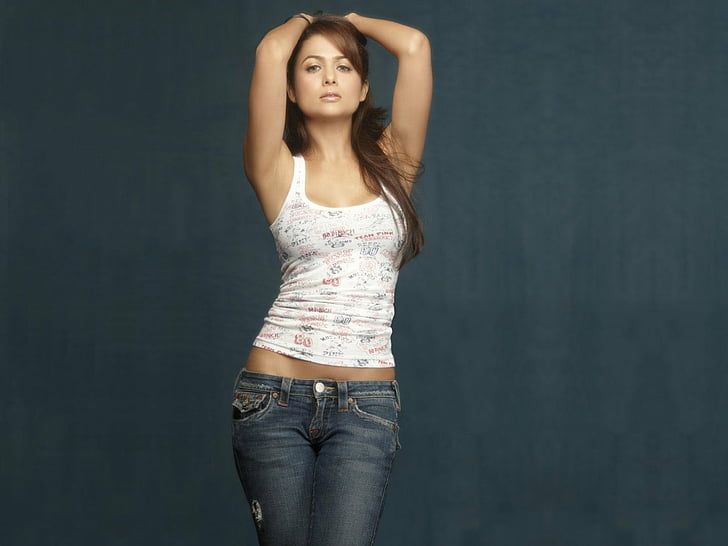 Amrita Arora was born on 31/01/1978, and her age is 43 years. And she hails from Mumbai, Maharashtra, India. You will not believe that Amrita has studied only till class 12.

Amrita is a beautiful actress. The figure is good too. Still, to date, none of his films have become a hit.

Amrita Arora made her Bollywood entry with her first film Kitne Door Kitne Paas. This film was a family movie. And Amrita acted well in it, But this movie did not do well.

Amrita Arora has played the lead role in very few films. Mostly she is seen in special appearance or in supporting role. She has acted in the lead role in some movies like Kitne Door Kitne Paas, Ek Aur Ek Gyarah, and Girlfriend.

Some Movies of Amrita Arora – 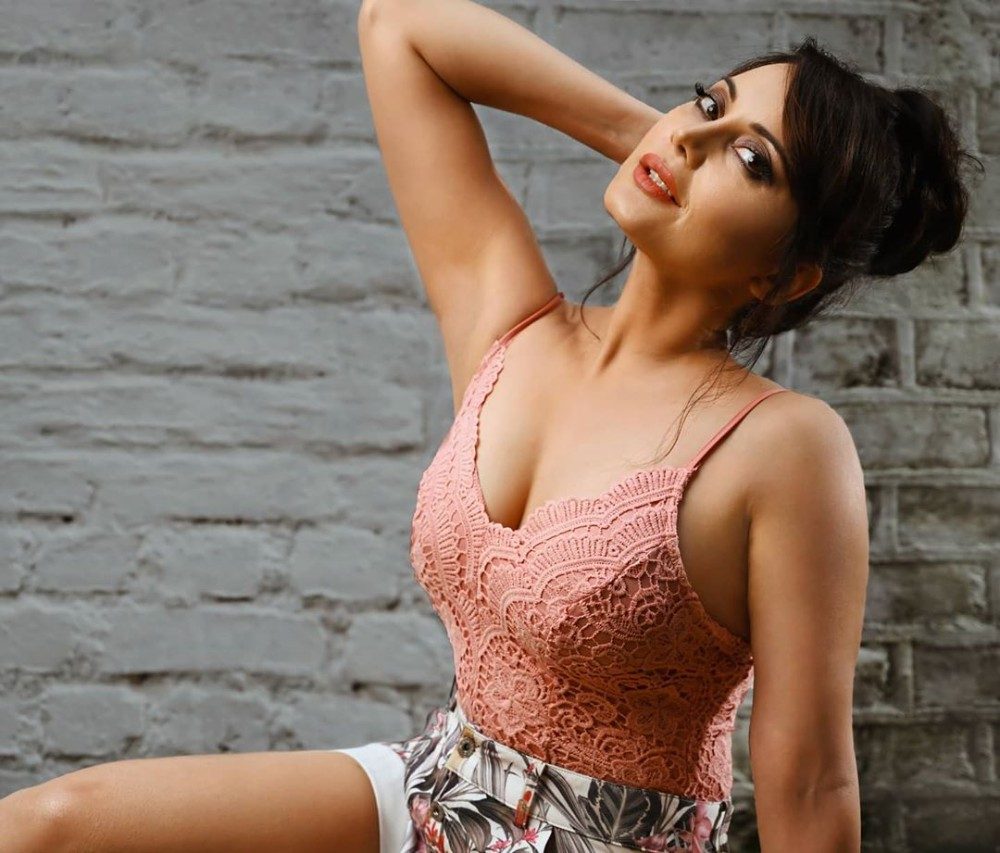 Minisha is a beautiful actress. She has worked in Hindi and Punjabi movies to date. Minissha started her career with the movie Yahaan, Which was a drama, romance film. This movie came in 2005, But this movie did not do well. After that, Minissha acted in five movies. But those movies people did not like.

But the year 2008 was good for Minisha. Because in that year, both these films Minisha's Kidnap and Bachna Ae Haseeno, were hits But after that, she could not show any wonders in Bollywood. And in most of the Films. She appeared in a supporting role.

Some Movies Of Minissha Lamba – 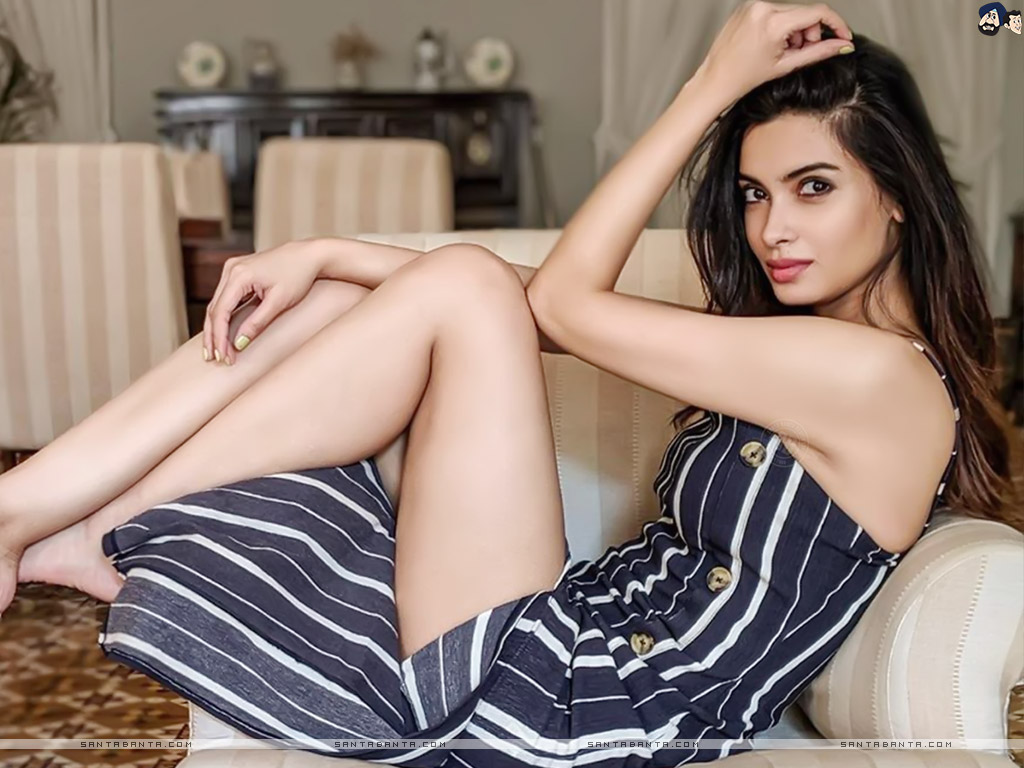 Diana Penty is a lovely and successful model. She started her career with modelling, And she became a very successful model. After that, she entered Bollywood. She appeared for the first time in the 2012 Cocktail movie. People liked her character in this movie, and this movie was a hit.

But after that, this actress did not get work in any big film. She has acted in only seven films till now. She could not make a name for herself in Bollywood. And now she is trying your luck in Malayalam movies. His first Malayalam movie is Salute - 2021. 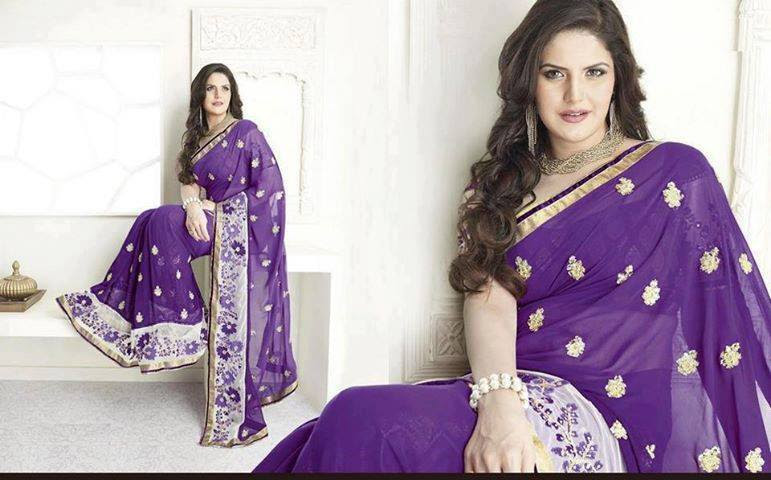 Zareen is a beautiful model and a good actress. Zareen was the first cast by Salman Khan in his film Veer, Which came in 2010. And after seeing the beauty of Zareen in that film, people became crazy about him. But that film did not become a hit. But Zareen Khan became a hit.

After that, Zareen appeared in Housefull 2, which came in 2012. It was the biggest hit movie of Zareen Khan's film career so far.

After that, not a single movie of Zareen became a hit, and she went to try her luck in Telugu and Punjabi films. But she did not get success.

Till now, she has worked in only ten movies.

Some movies of Zareen Khan – 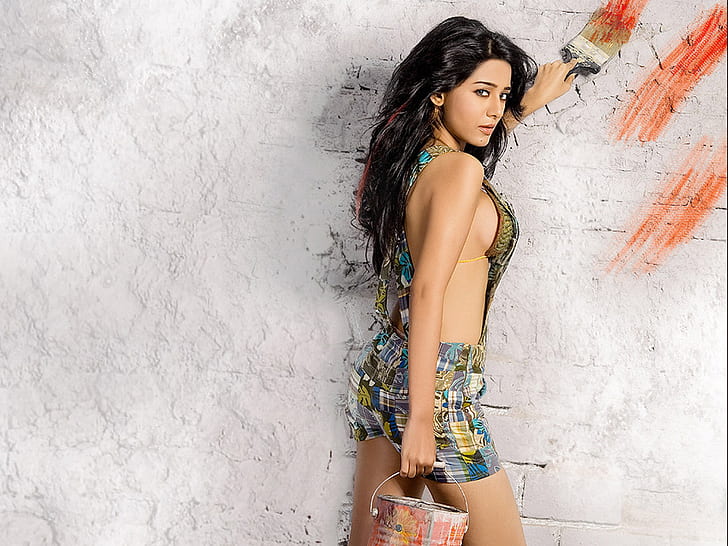 Amrita Rao is a good actress. And she is beautiful in appearance. But Amrita didn't get the success she should have. Amrita started her career with Ab Ke Baras in 2002. That movie didn't work, but Amrita Rao won everyone's heart.

Amrita Rao has worked in big movies like "Ishq Vishk, Masti. Main Hoon Na". And people also liked her a lot. Amrita's biggest hit movie is Vivah which came in 2006. The story and acting of that film touched the hearts of the people.

But after that, Amrita did not get a chance to work in a single big movie.

Some movies of Amrita Rao –

So friends, this was the list of 10 beautiful actresses who became famous overnight. And likewise got lost in the darkness of oblivion. Maybe you don't like some of the names. Because any of these actresses can be your favorite actress. So don't take it to heart.