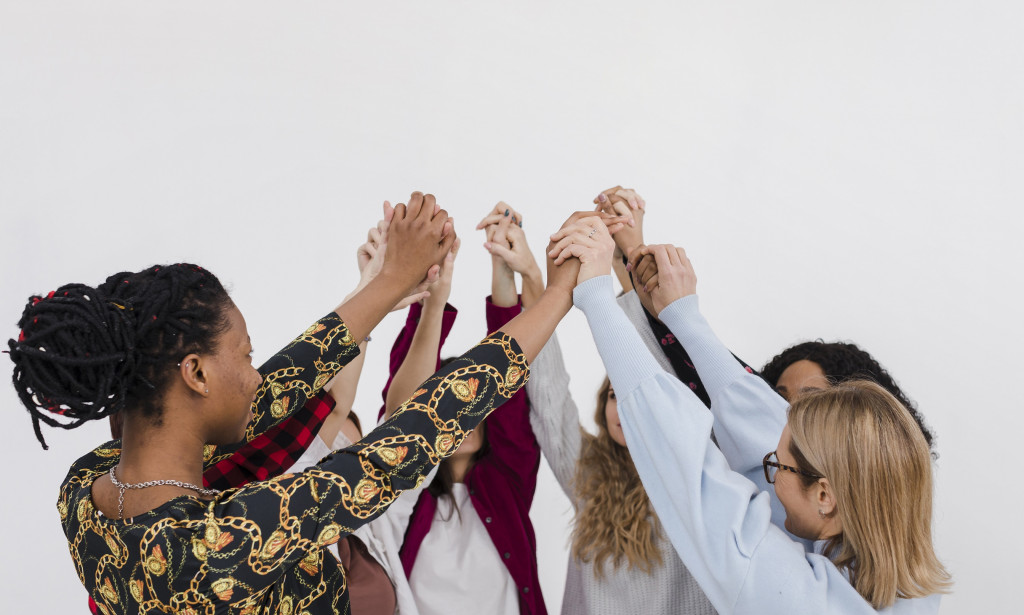 Why a woman essentially be a feminist first?

It is the question that Iam pondering right now. The answer lies simply on the trails of  the journey of her life. The process of growing up as a woman in a society where the very root of existence of the system is build upon the firm soil of one particular gender as 'dominant, previlaged and  powerful, obviously gives you the answer.

I can tell you a nice story of a woman to make it crystal clear.. and its upto you to evaluate it and fill the gaps like a puzzle which give you the key to every woman's locked heart....

Imagine you being born as a girl child with laud applause to an affluent family of parents and your elder brother and your grandparents. You will be taken care of with a lot many to pamper you for everything until you reached the age of joining a primary school. From there onwards you will here people telling you covering their mouths about the growing features in you.. "oophs! How fast she is growing up! She will get to be a suitable bride soon.. you guys need to be more careful about your spendings.. "

But then you won't care they too seems caring only about your studies.. "study well mole you will reach your heights"".. go and get full A+". The poor champ will definitely somehow managed to hold over such horizons of great expectations..  But she could see on the one hand her brother not being compelled like that for his studies,, and you will see him hanging around late nights with his friends and nobody cares. You will get scolded so harsh even to the extend of being caned if you came back school after a little late. You will feel your parents becoming too much protective on you covering you up as if you are a jewel to be handed over to someone at once.. and you will hear the reiterances of such a transfer of you from your homeland to somewhere all the time you start menstruating..

your own mamma seems to scold you in many instances reminding you girls wont raise voice, talk in low voice,  (why you arguing with your brother??  Isn't he a man??  How dare you talk like this to your father,?  Keep change your dress,  you are not supposed to wear this while going out.)..when you want to scream like a baby and tell them this is not you want...

But you will never ever hear the same sort of "'thing to be handed over" type versions of scoldings for your brother..After the very first week of menstrual festival of family gatherings, gifts of sweets,  new clothes etc, the only instance of extra privilege that you had so far over your brother will definetly make you feel happy..But you will soon realise the cost of that one week privilege as something that last for ever. The trail of do'es and dont's will wait for you happily at the corner of your home which will come to you every month in the form of don'ts like denial of entry into many spaces of your own home with a lot of disciplines attached with it for this great privilege of "one week of joy"and it will pester you  more than the physical pain associated with it all the time untill you realise it as a bane of being a girl!

Somehow you managed to pass the level of higher secondary schooling.. Though these 12 years of your great schooling hasn't developed anything in you to live a life of your own other than some general knowledge and a meek, passive, coy yet cheerful creature in you which the society happily calls a 'nice good girl'. The worst thing is you feel yourself proud as if you began to embrace  all your physical and mental weekness as bonus points for your "good girliness".

The dawn of college life that too if you have a minimum courage to choose your own somewhere far away from 'your homeland of sweet girls' can happen at one point. You will definitely feel the new air and new life of hostel independence a bit confusing. You may feel yourself to be self restraint all the time for not letting yourself crack that shell of good girl tag,  which was so comforting and made you irresponsible like a puppet.. Thus you will manage to stick on to the framework you brought safe from home all the time like a protective shield as if you are a warrior constantly in the battle field of good vs bad. And obviously you being the angel of goodness!! Somehow you managed to maintain the same tag of goodness the first year keeping safe space to fill for the familal orders like a meek and prudent disciple of some religion. You will meet many faces, different colours painted but you could see the real ones in power and who enjoyed the college life were obviously the men.. The way they flount themselves not caring, not protective made her to think of her own life as well as that shared by the women creatures around her..She began to recognize the same face of suppressed souls in every pretty faces infront..That was the time she realised the meaning of that old wish of her grandmother to be born and live a life of a man at once for the first time.. The moment she realise herself to be an individual than a girl or a woman was something a shocking reality she faced after this long period of twenty years..Can you imagine such a realization, a realization of finding the real you.. the moment you lose your protective shield that engulfed your body, the moment you realise that you can raise your voice against injustice and your voice will be heard. The moment you feel you own your own space..the moment you began to feel a room of one's own....

You will post graduate somewhere more away from your confinements. Yet you know the clutches are still waiting for you out there once you get back. Now you will realise the importance of being an individual and witness yourself expanding your horizon of experience through addition of wisdom.You began to embrace the liberal values and began to smile at that "little good girl of moral puppetry ". That smile coming from the bottom of your heart can make you empathise with them and you can realise the word meaning of good and bad, and even the semiotics and etymology..

The moment you began to attach why, what and how to the statements that you hear way back home, at times with anyone you meet can scrap your old nice identity of good girl to that of a "haughty girl'.. "Woman should not be too much argumentative for she may lack a good husband. She will invite ill tags in her new home..she will be slapped by powerful men of masculinity for sure.."The moment you have enough authentic points to counter the misogynistic arguments of you elder brother, your own mother,  your own sister or your father at home can make them feel they have given you "unwanted freedom".

The sad part is they no longer be able to deregister that the freedom of an individual irrespective of gender was something not given by another,  but as something you owe as an individual and its there until it hamper the other one's freedom..Then you realise that all your enlightenment can be of no use to a set of adamant believers who believe change itself is unchangeable and you began to preach them of the meaning of everything as changeable...

You end up losing your good tags and adding your worst tags..

The people around you feels you loose faith in god,  you lose moral fear, you lose god fear, you lose elder fear,, what else you even lose the fear of being a woman at all...

That moment you realise fighting for equality,  all through your life was something unimaginable for the privileged...because they are not used to it...being crushed all the time on your effort to deregister the many fears that unconsciously being carried through generations... can you imagine that...no..because you are not used to it...!!

The answer to my intro question is this :

"The society fucked you," ( thanks to Joji ( 2021 malayalam movie), who could realise well  how it felt to be having a  life of repression of one kind though)) and "what you can do is to fuck back..".This simply make every woman inherently, essentially

A budding Indian english writer focused on poems and articles