The Signs and Symptoms of a Faulty Radiator Cap

A radiator cap is a vehicle component that keeps engine coolant contained and ensures that the cooling system is kept under pressure. Car cooling systems should ideally maintain a pressure of 13 to 16 PSI. The radiator cap keeps the pressure at a consistent level. Leaking coolant, the development of white streaks, and hose bursts caused by coolant pressure changes are all signs of a faulty radiator cap. 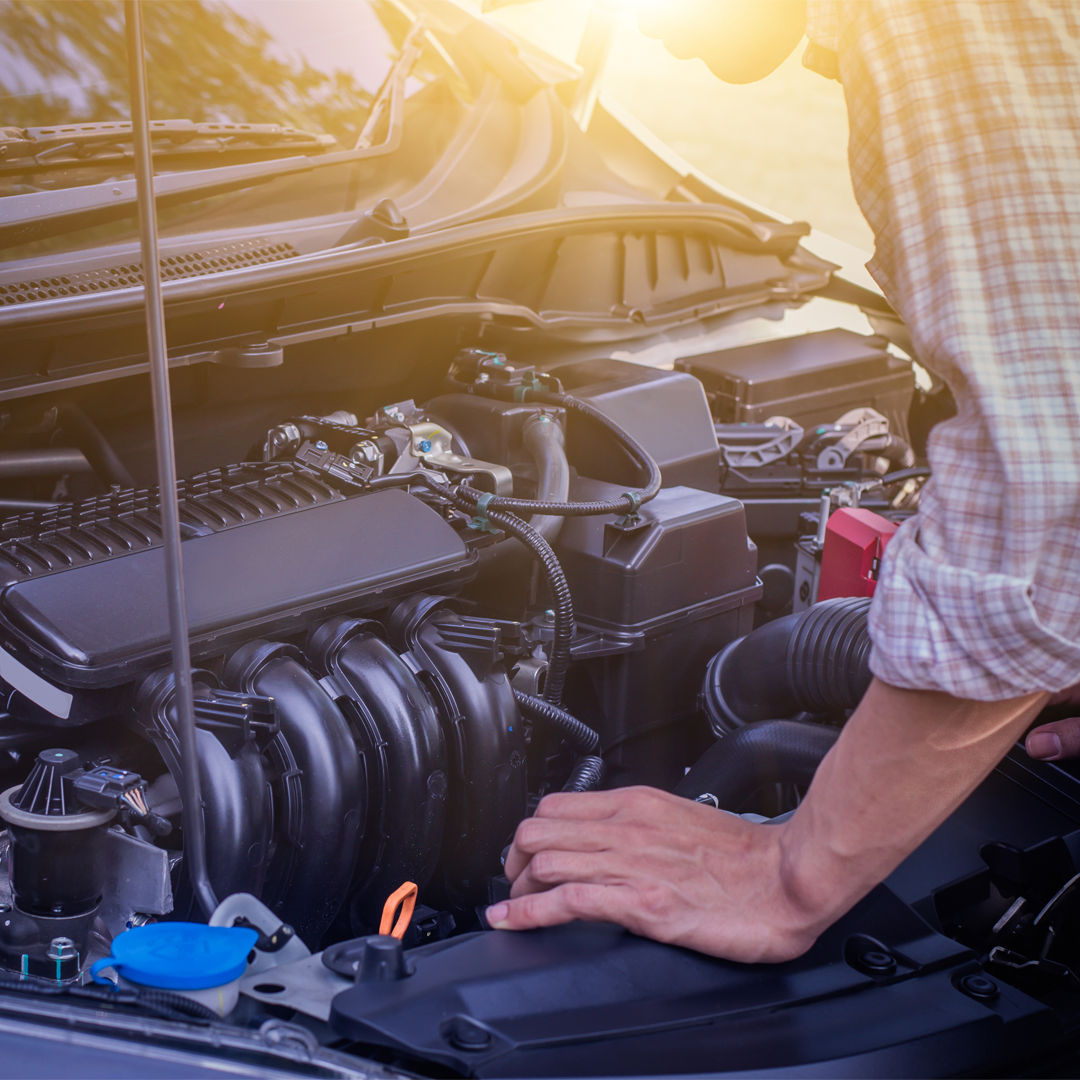 Excessive pressure can cause cooling system components to fail, whilst low pressure might cause the liquid coolant to boil away. When a cooling system fails, a car is more prone to overheat.

When a vehicle's combustion engine is working, it generates a lot of heat and a faulty radiator cap can cause a slew of issues, including engine failure. This is why we recommend looking for a car service near me garage online and scheduling an appointment with a skilled vehicle technician to fix the problem.

Take a look at some of the most frequent signs and symptoms of a faulty radiator cap or head gasket:

Every automobile cooling system is designed to withstand a certain amount of pressure. Using a radiator cap that retains more pressure than the car's manufacturer recommends might cause the coolant line to break, resulting in coolant leaking. Leaks can also occur when the radiator cap refuses to allow more pressure to be injected into the coolant reservoir after the cooling system has reached its maximum pressure. Due to over-pressurization, coolant will leak from the system's weak spots. As a result, coolant might leak from the hoses, radiator, gasket, or water pump. When you open your car's bonnet and see visible coloured deposits or liquid spraying from the coolant line, you know you have a leak. If this is the case, search online for full car service near me and book your car in with a professional car mechanic to repair the issue.

Failing radiator caps with insufficient pressure reduce the boiling point of the cooling liquid, resulting in insufficient heat absorption by the vehicle engine. Because the radiator cap is inefficient, an engine might overheat due to air pockets in the coolant. The considerable rise in the temperature reading indicated on the dashboard gauge is the first indicator of a malfunctioning expansion tank lid. Overheating engines harm a variety of car components, potentially causing extensive damage to the vehicle. It's critical to bring your car to a complete stop as soon as you realise your engine is overheating. To avoid harm, let your car cool down before examining under the bonnet. We recommend not to drive the car and instead look for vehicle service near me garage and have your car towed there to avoid possible total engine failure.

Billowing steam from your vehicle's bonnet is another sign of a faulty radiator cap. Coolant is boiling and leaking in gaseous form through a faulty seal or radiator cap, resulting in billowing steam. A steamy engine indicates that it is overheated. Steam is generally quite hot as it escapes, and as a driver, you should avoid popping the bonnet while it is still steaming. Before you open your bonnet to check your engine problems, turn off your car and let it cool. Because the coolant reservoir lacks sufficient heat capacity to handle the heat generated by the engine, typical coolant loss through evaporation causes overheating.

Hose warping is caused by pressure changes caused by a faulty radiator cap. Low pressure causes a vacuum in the pipe, which causes it to collapse. Meanwhile, the hoses are being torn apart by greater pressures. Torn hoses spill coolant into the engine bay, resulting in a coolant shortage and vehicle overheating. Higher pressures don't always fully rip the hose in half, but instead produce tiny holes that only open when the car is driven. Because the hoses shrink at lower temperatures, these holes are not apparent after the car is turned off and cooled down. When you park your vehicle at your destination, however, the holes are visible due to continual coolant loss and drips on the ground. We recommend checking your overflow reservoir after driving a short distance to determine if any hoses are leaking.

When the pressure in the engine exceeds the recommended level, the engine should leak coolant into the overflow reservoir to balance the pressure. However, if your radiator cap is damaged, the automobile may discharge coolant into the reservoir without the need of the excess pressure trigger. This causes the radiator to lose pressure, leaving it with little or no pressure. Low pressure is thus one of the symptoms of a faulty coolant reservoir cover. As previously stated, low pressure causes the radiator coolant to boil away, resulting in engine overheating and failure. As a result, as soon as you discover a faulty radiator cap overflow symptom, you should replace the radiator cap.

Air entering the cooling system is another symptom of a malfunctioning radiator cap. Unfortunately, air in the radiation system is unlikely to be detected until the hoses and tubes begin to fracture. When the vehicle stops down and cools down, low pressure and vacuum gaps in the radiation system induce breaking. Because of the low pressure, the tubes break, resulting in leaks.

All of the aforementioned causes can contribute to low coolant levels in the radiator in some manner. You note, however, that the reasons all circle around a faulty radiator cap. While damaged hoses are the most common source of leaks, blocked radiator caps also cause pressure build-up and leaks, drastically lowering coolant levels. Radiator caps that do not seal properly create pressure variations, which can result in leaks and overflowing reservoirs. One of the primary faulty radiator signs to look out for is low coolant levels or your car losing liquid coolant faster than usual.

What Happens If Your Radiator Cap Is Faulty?

When you drive a car with a defective radiator cap, the car will overheat since the engine is dependent on the heat absorption capacity of the coolant in the radiator. The car overheats because the radiator's pressure is insufficient to hold all of the heat generated by the engine.

Overheating can result in a blown head gasket, as well as other engine component failures.

A broken radiator cap can potentially allow air into the car cooling system, causing the expansion reservoir to bubble.

Is it possible for a faulty radiator cap to cause a bubble?

Tips on how to unscrew a radiator cap safely

When a vehicle is operating, it generates a tremendous quantity of heat. The radiator regulates this huge quantity of heat to prevent overheating and damage to the vehicle's engine components. Follow the following safety precautions when inspecting your cooling system and radiator cap to avoid burns and injuries:

Before opening your bonnet, turn off your car and let it cool. Although the hood may seem cool, the radiator coolant and radiator will be quite hot if you have been driving your vehicle. Before touching the radiator cap, wait a few minutes for the radiator fluid to cool down from its boiling temperature.